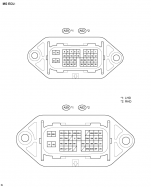 The Lexus GS450h VCU is an open source project to repurpose 2006-2012 Lexus GS450h inverters for DIY EV use. It consists of a circuit board and programming that communicates with the original logic board in the inverter and allows independent control of it without communicating with a GS450h ECU.

Note that the Toyota Camry hybrid (US market) uses a similar inverter with the same logic board, which is functionally identical to the GS450h unit.

The Lexus GS450h is a hybrid vehicle. Their inverters are suitable and attractive for DIY EVs because of:

The Lexus GS450h (2006-2012 model years) has a variety of useful components inside the inverter package: 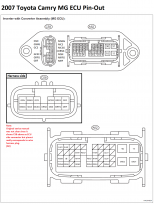 A buck/boost converter lives within the inverter housing, originally this is used to step up the 288V battery pack in the GS450h to the 650V for use in the inverter. For those using a 600+V battery pack, this converter can be used to step the voltage down to a more reasonable level to interface with charfgers, DCDC converters, heaters, AC compressors, and other components which can be found in "regular" EV's (Tesla, Leaf, Volt, etc).

This unit is rated at 30kW, making it unsuitable for traction power, but good for auxiliary devices.

Details on how to control the converter are here: https://openinverter.org/forum/viewtopic.php?f=14&t=538

The input shaft on the transmission has 21 splines, with a 28mm major diameter. It is believed that there are several Toyota clutches which will have this in their centre. The original GS450h flywheel and coupler also contains the appropriate slined centre, of course.

The fluid fill port is the banjo bolt for the upper transmission cooler hose. The specified fluid is "Toyota WS" ATF.

It is a good idea to replace the two bearings in the electric oil pump before fitting a used transmission. There is a guide here. Bearing part numbers are 61900-2Z and 608-2Z, you will need one of each.

The shift position lever on the right-hand side of the transmission engages the parking pawl when in the "all-the-way-back" position. All other positions disengage this pawl. The R, N, D, M positions only affect the output of the shift position sensor.

Note the following when purchasing the transmission: 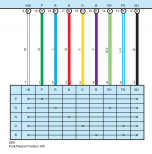 Overall height (oil pan to top of bellhousing) is 39cm. Bell housing is full height, i.e. 39cm diameter, when the transmission is sitting on its oil pan (as it is on my bench), the bellhousing still just about touches the bench.

Widest point is 40cm, includes a bump for a starter motor which I don't believe the GS450h even has. Likely leftover to mate with the 2GR engine.

Transmission is tapered quite heavily, the width and height is closer to 25cm after the bellhousing, but hard to gauge due to various outcropping parts (motor cables, oil pump, PRNDL selector, etc)

Here are a list of connectors required for the GS450h transmission & inverter if you need/wish to build the harness for your build. (It is a good idea to find components with at least the connectors to build on. As some of the connectors are impossible to obtain) 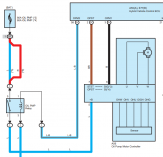 For those who have purchased the fully built board, the mating connectors for the VCU are Molex parts:

These parts are available from many electronics distributors.

V1 - This board was sold tested but also as a bare logic board requiring purchase of your own components and SMD placement and soldering skills. https://www.evbmw.com/index.php/evbmw-webshop/toyota-bare-boards/gs450h-bare-pcb

V2 - A new board source was found to be both high quality and low cost. The boards were redesigned around the inventory of parts available from this supplier. In particular the high cost of populated and soldered boards (10x the price) from the source used to make the v1 boards is so significantly lower on the v2 that there are likely no savings by building and soldering the board yourself. Software is still in development.